MediaTek has announced its latest high-end flagship processor the Dimensity 9000 SoC, after rumors. It is the world’s first chip based on TSMC’s 4nm process tech. It is also the first chip that uses the latest ARM Cortex-X2, A710, and A510 CPUs based on Armv9 architecture, and comes with the Mali-G710 GPU. This chip is also the world’s first to support LPDDR5X RAM that supports up to 7500Mbps, and it is also the first to support Bluetooth 5.3 connectivity. It also said that the SPECint2006 benchmark score is 35% more than the Android Flagship chip, while GeekBench 5 is 10.5% more than the competition. The multicore performance exceeds current Android competition, will be on par with Apple’s A15 Bionic, according to the company.

It comes with a 5th gen AI processing unit (APU) which is 4 times more power-efficient than its last generation and will power various AI experiences in multimedia, gaming, camera, and social video experiences. In the ETHZ Ai Benchmark, it outperforms Google Pixel 6 and the Tensor SoC, according to MediaTek. 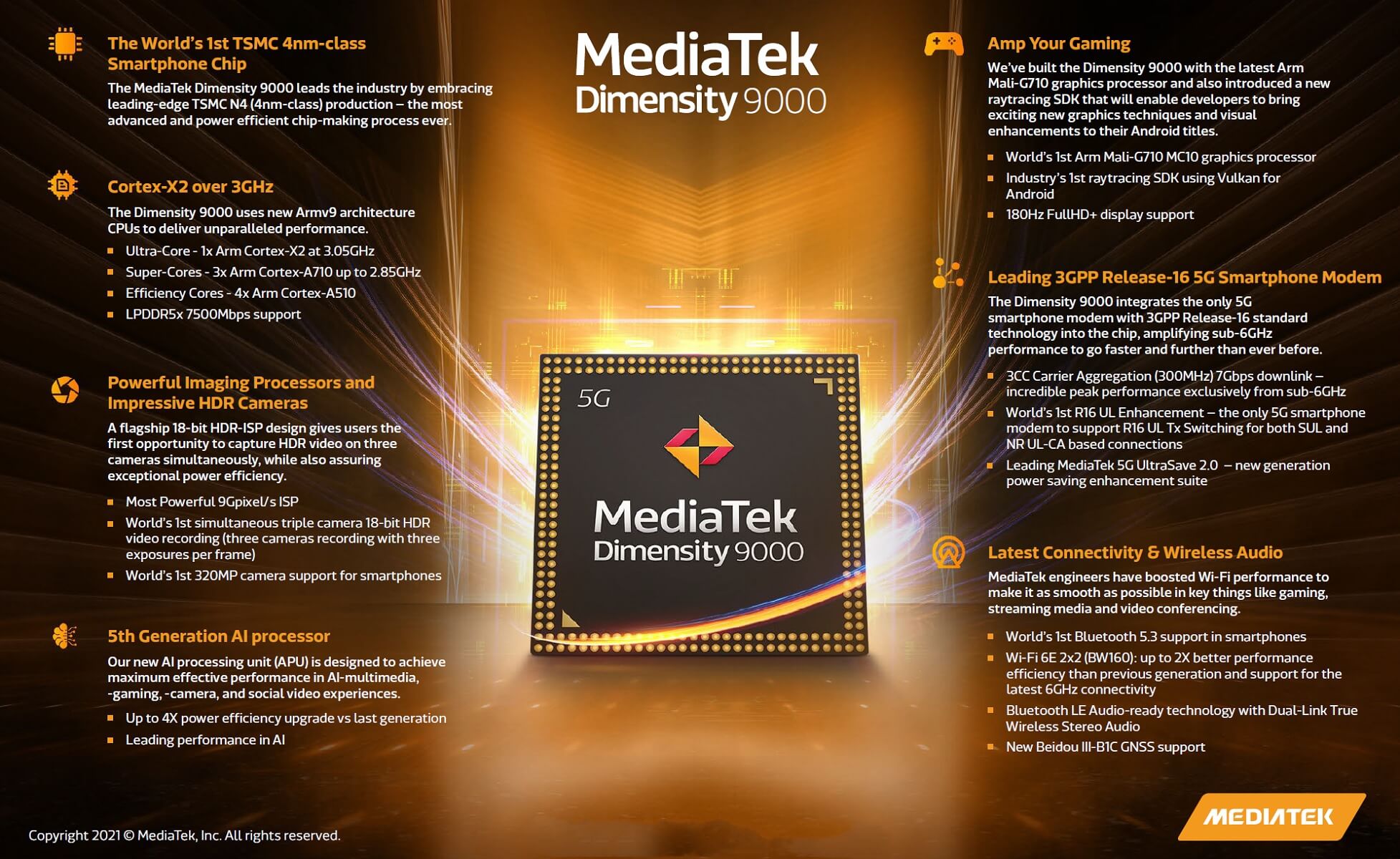 MediaTek Dimensity 9000 SoC will be powered devices are expected around in the first quarter of 2022, might be introduced first in the Xiaomi phones.