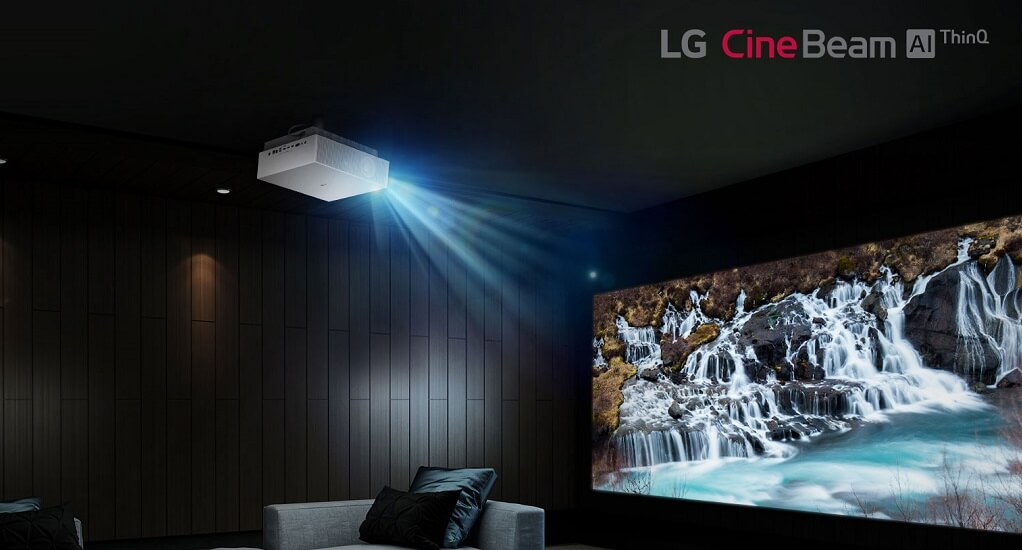 LG announced its new CineBeam 4K Laser projector (HU810PW) at the IFA Event a few months back. Now, the company has started rolling out the projector for South Korea. The projector comes with  4K (3,840×2,160) UHD resolution support, a 2,000,000:1 contrast ratio, the brightness of 2,700 ANSI-Lumen and meets 97%  DCI-P3 color gamut. The screen size can be adjusted from 40 inches (about 1 meter diagonally) to 300 inches (about 7.62 meters diagonally), so it can be used easily in various spaces. It also supports HDR10, HLG, Dynamic Tone Mapping, and Real Cinema Mode, and TruMotion Mode. The company also said that these two new modes, at 24Hz, the projector can adjust the frame rate of the projected image to match the original source to display the movies as their directors originally intended. The new product also has various convenience functions like HDMI 2.1 port is applied, and it supports various wireless connection features such as WiSA (Wireless Speaker & Audio) and Bluetooth as well as screen-sharing including Apple AirPlay 2. On the software front, the LG CineBeam projector runs on LG’s WebOS 5.0 platform with support for quick access to popular apps like YouTube and Disney+.