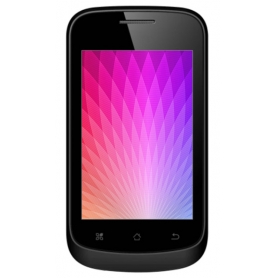 Karbonn A1 Star Android Smartphone was launched in June 2013. The phone has 256 MB RAM and internal storage is expandable using microSD, up to 32 GB.

The Karbonn A1 Star has a 3.5 inches, 320 x 480 pixels TFT LCD display with a pixel density of 165 ppi. Coming to cameras, it has a 3 MP rear camera and a VGA front camera for selfies. It has a microUSB port for data syncing and charging. There is a accelerometer sensor present on the Karbonn A1 Star. It is a dual SIM smartphone with support for Wi-Fi, FM Radio and Bluetooth too.

The Karbonn A1 Star runs on Android OS, v4.0 (Ice Cream Sandwich) and all this is powered by a 1450 mAh battery.

Karbonn Smart A52 Plus