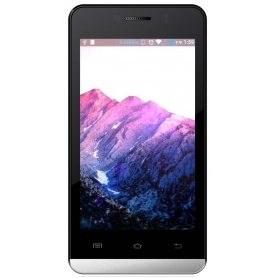 Karbonn Opium N7 Android Smartphone was launched in July 2014. It is running on the Qualcomm MSM8212 Snapdragon 200 processor with Adreno 302 GPU. The phone has 512 MB RAM and 4 GB of internal storage which is expandable using microSD, up to 32 GB.

The Karbonn Opium N7 has a 4.0 inches WVGA, 480 x 800 pixels IPS display with a pixel density of 233 ppi. Coming to cameras, it has a 5 MP rear camera and a VGA front camera for selfies. It has a microUSB port for data syncing and charging. There is a accelerometer sensor present on the Karbonn Opium N7. It is a dual SIM smartphone with support for 3G, USB OTG, Wi-Fi, FM Radio, Bluetooth and GPS too.