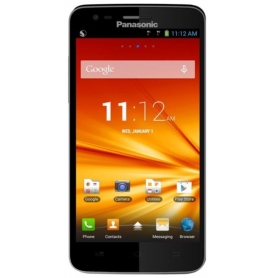 Panasonic Eluga A Android Smartphone was launched in August 2014. It is running on the Qualcomm Snapdragon 200 processor with Adreno 302 GPU. The phone has 1 GB RAM and 4 GB of internal storage which is expandable using microSD, up to 32 GB.

The Panasonic Eluga A has a 5.0 inches FWVGA, 480 x 854 pixels IPS display with a pixel density of 196 ppi. Coming to cameras, it has a 8 MP rear camera and a 1.3 MP front camera for selfies. It has a microUSB port for data syncing and charging. There is a accelerometer sensor present on the Panasonic Eluga A. It is a dual SIM smartphone with support for 3G, Wi-Fi, FM Radio, Bluetooth and GPS too.

The Panasonic Eluga A runs on Android OS, v4.3 (Jelly Bean) and all this is powered by a 2000 mAh battery. It measures 9.2 mm thickness (height x width x thickness).