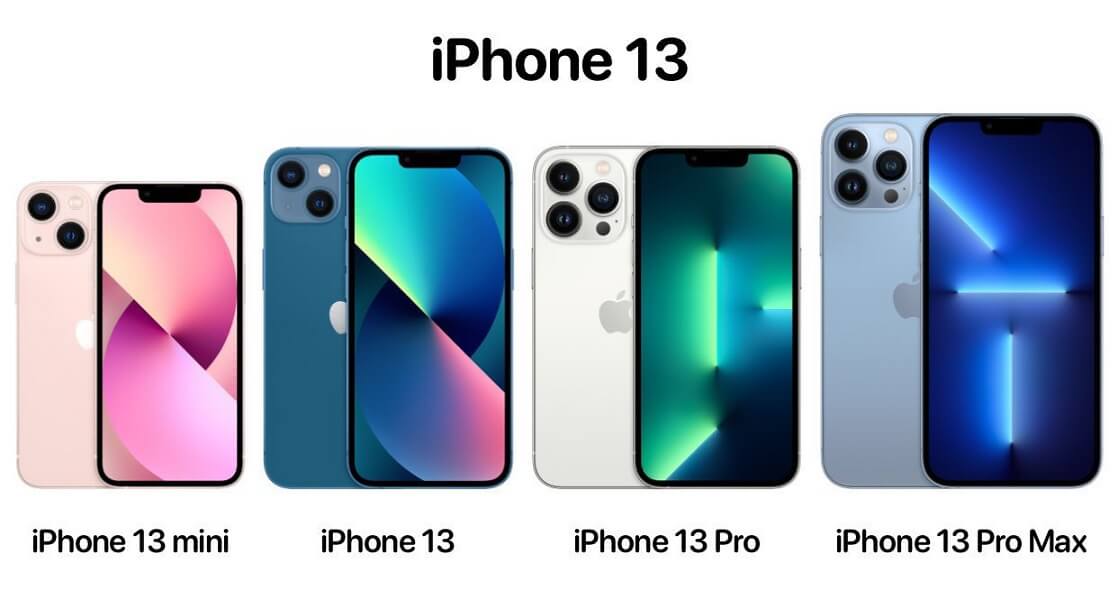 These all come with Ceramic Shield protection and runs on the latest A15 Bionic 5nm Chip with nearly 15 billion transistors. It has a new 6-core CPU with two high-performance cores and four high-efficiency cores, where the company said that this chip is 50% faster than the competition, and the fastest in any smartphone. The new 4-core GPU is up to 30 % faster than the competition, as per the company. All these iPhones have a new 16-core Neural Engine that is capable of 15.8 trillion operations per second and feature IP68 water resistance (6 meters for up to 30 minutes). The iPhone 13 Pro comes with an all-new Wide camera lens with a larger sensor and 1.9 µm pixels, the largest ever on iPhone and has ƒ/1.5 aperture, the Wide camera on iPhone 13 Pro and iPhone 13 Pro Max offers a massive improvement in low-light situations, and up to 2.2x when compared to iPhone 12 Pro, and nearly 1.5x when compared to iPhone 12 Pro Max. The Sensor-shift optical image stabilization (OIS) is available on both models, stabilizing the sensor instead of the lens. The new Ultra-Wide camera features a much wider ƒ/1.8 aperture and has a new autofocus system, bringing a 92% improvement for low-light environments, producing images that are brighter and sharper. The new lens design, autofocus capability for the first time in the Ultra Wide on iPhone, and also bring macro photography with a minimum focus distance of 2 centimeters. Macro also extends to video including Slo-motion and Time-lapse. iPhone 13 Pro and iPhone 13 Pro Max also boast a new 77 mm Telephoto camera, offering 3x optical zoom for a total 6x optical zoom range on the camera system.

The all-new Cinematic mode on iPhone records videos of people, pets, and objects with a beautiful depth effect with automatic focus changes. The focus can be changed during and after capture, and users can also adjust the level of bokeh in the Photos app and iMovie for iOS, and coming soon to iMovie for macOS and Final Cut Pro. The Cinematic mode records in Dolby Vision HDR. The company also introduce ProRes (1080p at 30 fps for 128GB storage, 4K 30 fps in other models), an advanced video codec used widely as the final delivery format for commercials, feature films, and broadcasts, to offer higher color fidelity and less compression. The iPhone is the only smartphone in the world to provide an end-to-end workflow — capture, edit, and share in Dolby Vision or ProRes, said Apple.