This is not the first time we have heard about the Moto E (2016) but it seems the device is closer to launch it a report on its Bluetooth Certification is to be believed.

As per the report, two Motorola devices with model number XT1700 and XT1706 have received Bluetooth 4.0 certification. Now the image below doesn't explicitly say these are the Moto E (2016) variants but given Motorola's naming scheme its completely plausible.

Coming to specs, as per a GFXBench leak earlier, the Moto E (2016) will come with a 5-inch 720p display running on a MediaTek MT6735p quad-core 64-bit processor with 2GB RAM, 16GB onboard expandable storage with 8MP rear and 5MP front-facing cameras. It will be running Android Marshmallow out of the box. 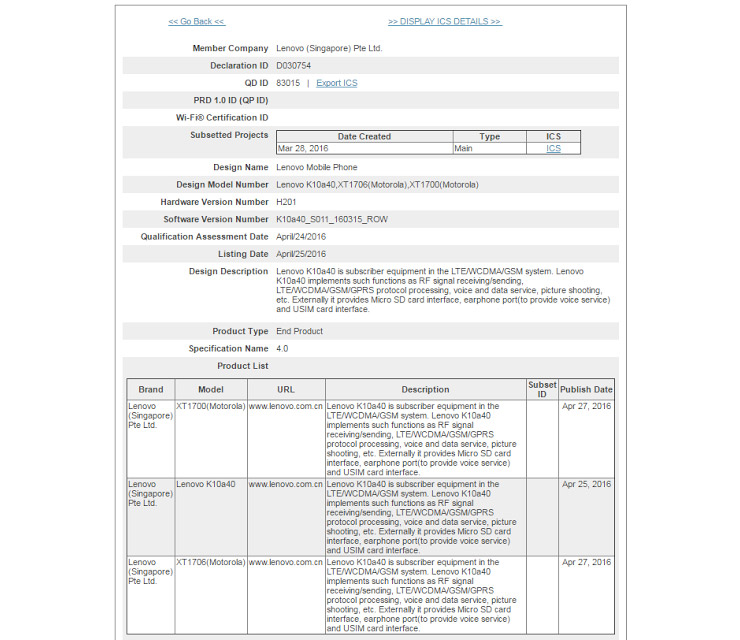 The pricing of the new Moto E is also rumored to be around $80 or about Rs. 6000 based on its Zauba import listing.

« Lenovo Vibe K5 launching in India this month, priced under the K5 Plus
Facebook appoints Umang Bedi as Managing Director of its India operations »