Apple has unveiled its second generation smartwatch today, and it's called the Apple Watch Series 2. In terms of design there aren't many changes. You still have the square slightly curved watchface which can be customized with several colorful watch faces.

The changes are more under the hood where we now have a dual core processor, the S2 which Apple says is 50% faster than the previous-gen. Opening apps and switching between them is much faster which is augmented on the software side of things with optimizations in Watch OS 3. The Apple watch is now water resistant as well upto 50 metres and has GPS built in. There is an ingenious way the speaker works on the watch. When you come out of water after a swim, the speaker actually ejects the water from inside the phone keeping the internals dry. But there is still no cellular connectivity. So your watch won't be able to able to receive notifications, make calls when it is not connected to your smartphone. 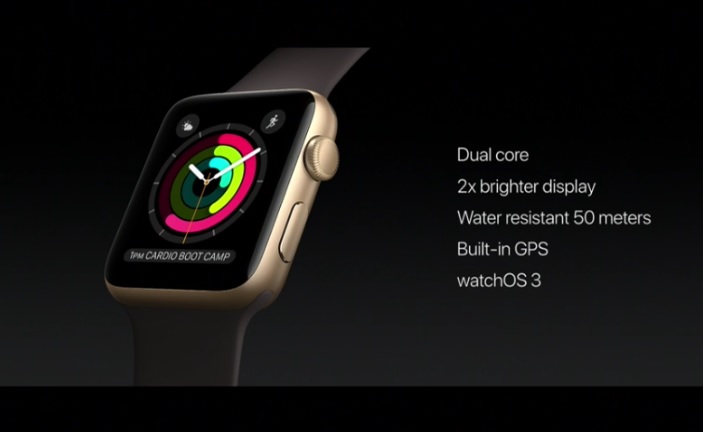 The new Apple Watch Series 2 will also come in an all-white Ceramic build which is even more stronger than steel. The display has also been tweaked with 1000 nits of maximum brightness for making sunlight legibility better. Apple will also partnered with Nike for the Apple Watch Nike+ edition which comes with a perforated strap and will be priced at $369, available in October. Apple Watch Series 2 models will be available for pre-order starting September 9th with a shipment date of September 16th in the following regions.

The white Ceramic Apple Watch Edition starts at $1249 in the US and will be available though Apple Stores, Apple.com and Select authorized resellers. The Apple Watch Hermès will start at $1149.