ASUS Zenfone 8 Series will be launched on May 12 with Snapdragon 888 SoC; Expected a compact flagship phone 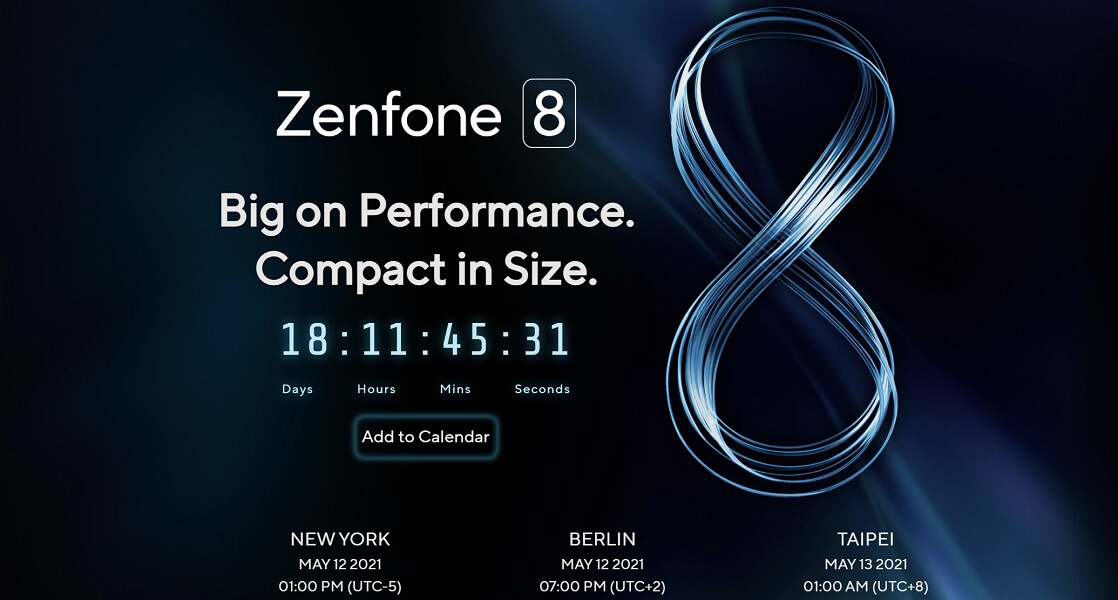 ASUS has confirmed that will introduce its upcoming flagship smartphones the Zenfone 8 series in an online event on May 12th. It is expected to announce Zenfone 8 and 8 Pro smartphones along with a Zenfone 8 mini as per the company post a “Big on Performance. Compact in Size.”.

According to the earlier report, it revealed a compact ZenFone Mini, and XDA report revealed that the ZenFone 8 Mini with code number ASUS_ZS590KS / ASUS_I006D and codenamed ‘SAKE’ will feature a 5.92-inch (2400×1080 pixels) Full HD+ screen with 120Hz refresh rate and has a 64MP Sony IMX686 primary rear camera along with a Sony IMX663 sensor. The phone is already listing on Geekbench that revealed a Snapdragon 888 processor with 16GB of RAM and Android 11. The TÜV SÜD certification revealed 30W fast charging for the phone. On another hand, the ZenFone 8 with code number ASUS_ZS672KS / ASUS_I004D and codenamed “PICASSO” could feature a 6.67-inch (2400×1080 pixels) Full HD+ screen with an unknown refresh rate. It will have a quad rear camera where a 64MP Sony IMX686 primary camera along with a 12.2MP Sony IMX363 ultra-wide camera, a 24MP OmniVision OV24B1Q sensor, and an 8MP OmniVision OV08A telephoto camera. The phone is already listing on Geekbench that revealed Snapdragon 888 processor with 8GB of RAM and based on Android 11.

The ASUS Zenfone 8 series launch event will be held at 1 PM in New York Times (10:30 PM IST) on May 12th, and it should offer a live stream on YouTube.