Samsung today unveiled its newest entrant in the On series, the Galaxy On Nxt. The new unibody-metal smartphone comes with a 5.5-inch 1080p display running on the Exynos 7870 octa-core processor with 3GB RAM, 32GB of onboard storage which is expandable up to 256GB with a separate microSD card slot.

You also have 2.5D curved Gorilla Glass 4 Protection in the front and metal back cover which is non-removable. Under the hood, there is a 3300 mAh battery. Connectivity options include dual-SIM 4G VoLTE support, WiFi, GPS, FM Radio and Bluetooth 4.1.

There's a new capacitive fingerprint sensor on the Galaxy On Nxt which doesn't require it to be pressed to unlock the smartphone. All you need to do is tap on it with your finger, the On Nxt would unlock automatically. This is faster than previous Samsung smartphones. 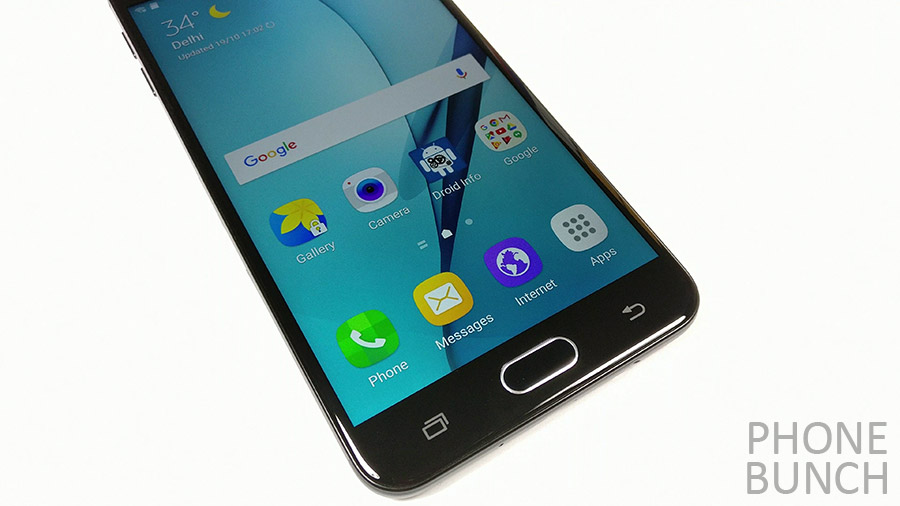 Getting to the cameras now, there is a 13MP f/1.9 aperture rear camera capable of shooting 1080p videos at 30 FPS as well as an 8MP front camera with wide-angle lens. The rear camera is flush with the back panel, so there's no unsightly bump on the flat back of the phone. The speaker has been moved to the side of the phone just above the power button. If all this sounds a bit too familiar, that's because the Galaxy On Nxt is just a re-branded Galaxy J7 Prime which was the re-branded Galaxy On7 (2016) for India. The only difference being double the storage.

Samsung has also bundled its new suite of features including Secure Folder, option to install dual-apps as well as S Power Planning modes, which allow you to reserve power just for calls, choose power saving level or automatically forward calls when your battery is dead.

In the time that I spent with the On Nxt, I can say that the new design is a sure winner, the fingerprint sensor is a welcome addition and you also get a notification LED here too.

Samsung Galaxy On Nxt Price and Release Date in India

The Galaxy On Nxt has been priced at Rs. 18490 in India and will be available exclusively through Flipkart in gold / black color options starting today.