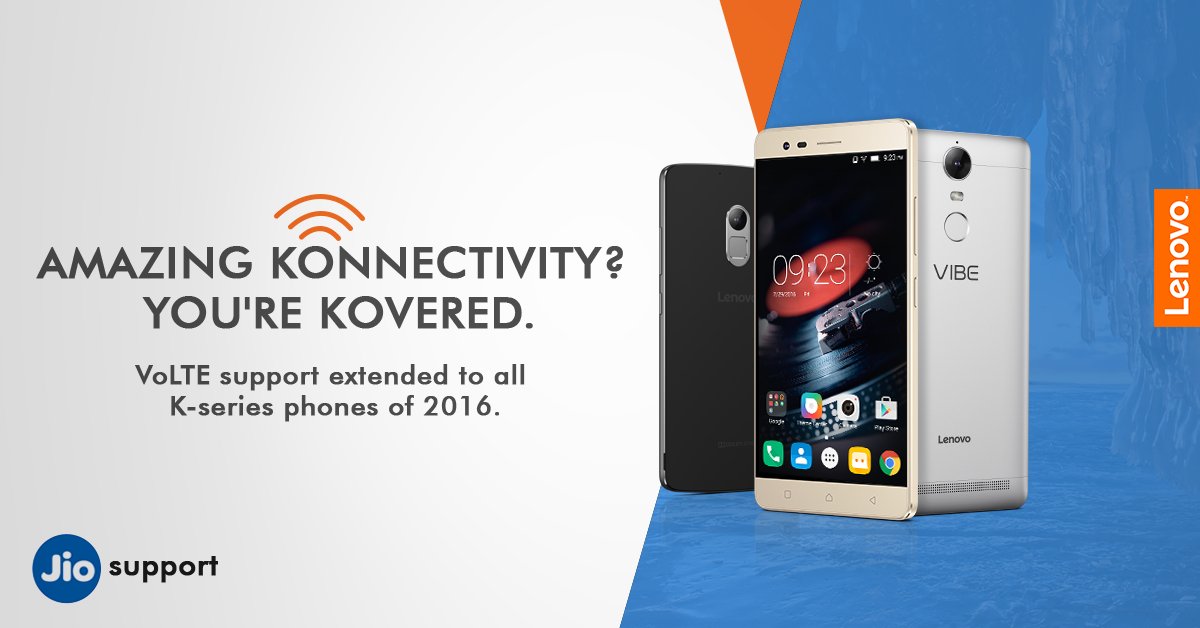 Reliance Jio has forced all manufacturers to pull up their socks and start providing VoLTE on their smartphones. Case in point, Lenovo has now started rolling out VoLTE OTA update patch for its K-series smartphones, the Vibe K5, K5 Plus and the recently launched Vibe K5 Note.

The VoLTE update for the Vibe K4 Note rolled out earlier this month, and you can read more about it here. With the latest update, Lenovo's K-series smartphones will be able to make HD voice calls on Reliance Jio network without the need of the Jio 4G Voice app. Given that Jio is giving 3 more months till March 31st 2017 ("Happy New Year Offer")of free voice calls, data and messages, the updates by Lenovo will be highly appreciated.

Most smartphones launched in the second half of 2016 are 4G VoLTE compatible and should work well with Reliance Jio's supported bands. Do check our detailed specs for phones that launch to see if they are VoLTE compatible or not.

Coming back to the K series, Lenovo also recently launched the K6 Note which would be available through offline stores. It packs the similar internals as the K6 Power including the massive 4000 mAh battery but comes with a 5.5-inch 1080p display instead. Prices start at Rs. 13,999 for the 3 GB RAM variant.

Lenovo also recently launched the Phab 2 and Phab 2 Plus smartphones with 6.4-inch displays along with the Moto M. Do check those out these too if you are planning to buy a VoLTE capable smartphone under Rs. 15000.